Amy Rose (エミー・ローズ, Emī Rōzu?), also formerly known as Rosy the Rascal (ロージー・ザ・ラスカル Rōjī za Rasukaru), is a pink, female hedgehog who has chased Sonic out of obsessive love and has been trying to win his heart by any means, including impressing him by fighting robots, and jokingly threatening to keep him locked in prison. She was the first female character introduced into the Sonic universe and is also one of the most popular, coming in fourth place on an official popularity poll.

Like Sonic and other characters in the series, Amy is significantly shorter and lighter than humans her same age. To be precise, she is 12 years old, 90 cm (2'11") tall (although at times it looks as if she's almost the same height as Sonic), and keeps her weight a secret. She was described as being 8 years old in Sonic CD, but from Sonic Adventure onwards she has grown older (by 4 years). Also, with the addition of Cream the Rabbit, Amy seems to have found herself a sidekick similar to Sonic's own Tails (as implied in Sonic Battle, Sonic Heroes, Sonic Advance 3, and Shadow the Hedgehog).

Amy was the second character to be added to Project X after Zeta. Her teaser was launched alongside the teasers for Stage 2

Amy is a pink hedgehog that wears a red dress and boots both with white trim, white gloves, and a red hairband. She also wears gold bracelets on her wrists.

Amy's standard combo involves a jab, a cross, a kick, and then a butt bump. All of Amy's special attacks utilize her trademark Piko-Piko hammer. Her dash attack is a sidearm swing, her special attack is an overhead smash, and her desperation attack is a spinning cyclone attack.

Amy appears the most offended and put off by the disaster, and even admonishes the other playable characters in the game at the start by calling them "pervs". She also appears the most embarrassed or angry when being grappled, though she seems slightly less so when grappled by Were-Sonic, likely due to her crush on him. 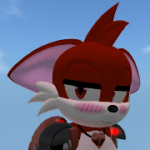 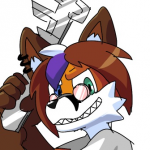 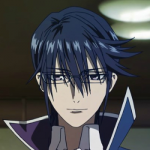 I'm sorry to say that we are going to have to close this wiki. We don't allow wikis about sex games even if the wiki itself is kept "clean".

The wiki will be left open for the next week to give time to copy the contents, but will close fully on November 10.